Caldew School recognises that homophobic, bi-phobic and transphobic bullying is widespread in Britain’s schools. The impact can be detrimental to the attendance, attainment and mental health and wellbeing of young people.

Caldew School are Stonewall Champions. Stonewall is a charity supporting lesbian, gay, bisexual and transgender rights. As a school community we are committed to tackling all forms of bullying including homophobic bullying.

We are committed to empowering Staff to tackle homophobic bullying and language as well as educating and supporting our students.

In 2017 we hosted Sir Ian McKellen who spoke to over 300 students and Staff. His message was well received and his visit will be a fond memory for the school community for years to come.

We have had the incredible honour of the company of inspirational Sir Ian McKellen in school today. #stonewall. Acception without exception pic.twitter.com/lXswqyZEmM 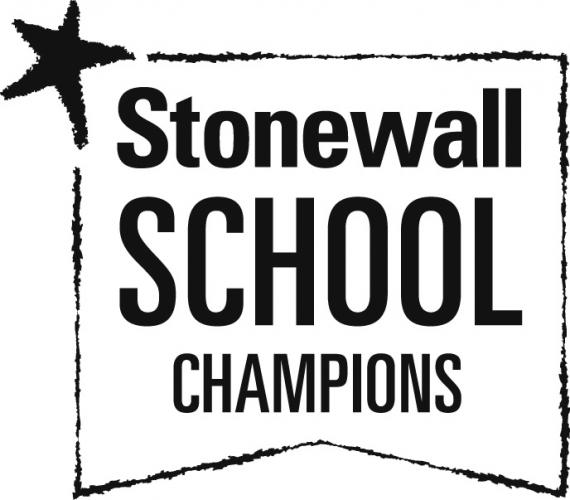 Leaders have created a welcoming and supportive environment at this school. Pupils and students achieve well in their learning. They are well prepared for their next steps in education, employment and training.

Staff have high expectations for pupils’ and students’ behaviour and learning. Pupils and students behave well in lessons and around the school site. They are polite to each other and look out for others in the school.

There is a strong culture of safeguarding in place, with clear systems to record any concerns. Leaders keep safeguarding relevant to all members of the school community through regular updates, training, alerts and reminders.

Leaders provide effective careers guidance to pupils from Year 7 through to Year 13. Clear guidance, including preparation for interviews and ‘Work Ready Days’, helps pupils and students to make considered choices for their next steps.

Pupils including students in the sixth form, are proud to attend Caldew School. They feel well supported, happy and safe in this welcoming community. There are high level of trust and respect between pupils, students and staff.

Caldew School is an exempt charity and a company limited by guarantee, registered in England and Wales. Company no. 07680823